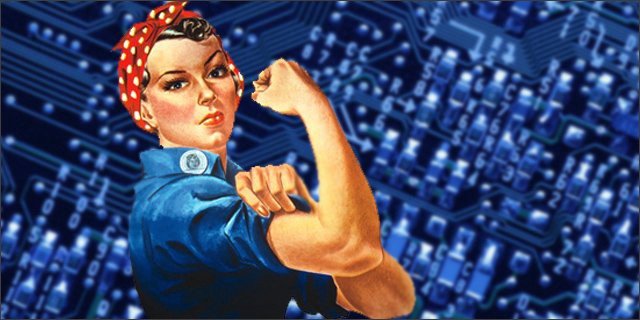 This is the first in a series of articles Beehive Startups will be publishing on what it’s like to be a woman working in Utah’s technology sector.

In 2014, Forbes ranked Utah the best state for business, citing Utah’s roots in the tech industry. Meanwhile, a Wallstreet 24/7 study ranked Utah as the worst place for women. The study states, “less than 31% of management positions were held by women in Utah.”

While it’s true that there are certain nuances to the Utah workforce that the study may have overlooked — like the number of women working part time and the effect that has on salary comparison between genders — the indisputable fact remains that there are very few women in Utah running tech startups, the fastest growing sector in the state.

“I’ve spent 15-plus years in tech,” ApplicantPro CEO Sara Dansie Jones said in an interview with Beehive Startups. “The number of women in tech still aren’t great, and I think it’s easy to feel like you are alone when you are the only woman in the room.”